Before we move onto the pickleball court dimensions, let’s first get to know what is pickleball.

This is a type of sport in which a maximum of four players or a minimum of two players use wood made paddles or similar grade tools to hit a punctured polymer ball over a net. And, although the sport is synonymous to other conventional racquet based sports, it does posses some added modifications. For instance, pickleball court dimensions are slightly different than traditional courts and provide better mobility for younger player and players with varying mobility levels.

The game was engendered in mid 1960`s in the home of a prominent government official (Joel Pritchard) in Bainbridge in Washington .This idea was conjured up when he and his comrades returned home one afternoon from their golfing escapades and noticed the impending boredom that loomed within. They then began experimenting with various games and thus created this innovative sport. 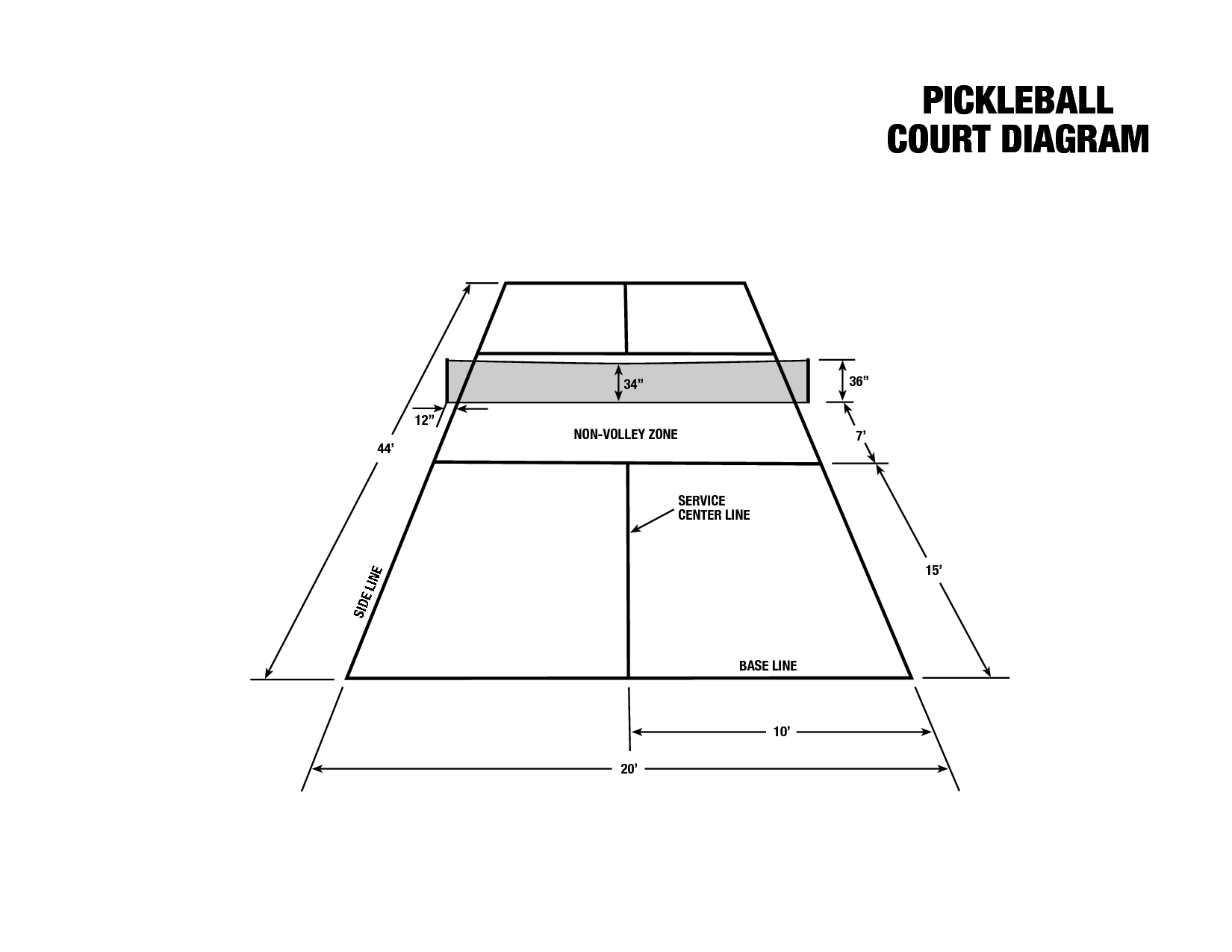 Failure to volley the served ball
Serving the ball out of the line bounds
Venturing into the prohibited volley zone
A participant is only allowed to venture into the volley zone to stroke a ball that bounces and may remain in the zone stroke any other balls that bounce. The player must fully exit the volley zone before getting permission to play a volley. The first side to accumulate a total of 11 points with a margin of two points from the opponent wins the game.

The games can also be played to a total of 15 or 21 points as participants switch sides at 8 or 11 point mark for supreme rotation balance. The return ball volley should be allowed to bounce by the server meaning that they are prohibited from actively volleying the stroked ball. For this reason, both the server and his game partner are advised to stay behind the baseline until the first serve has been stroked back with one bounce.